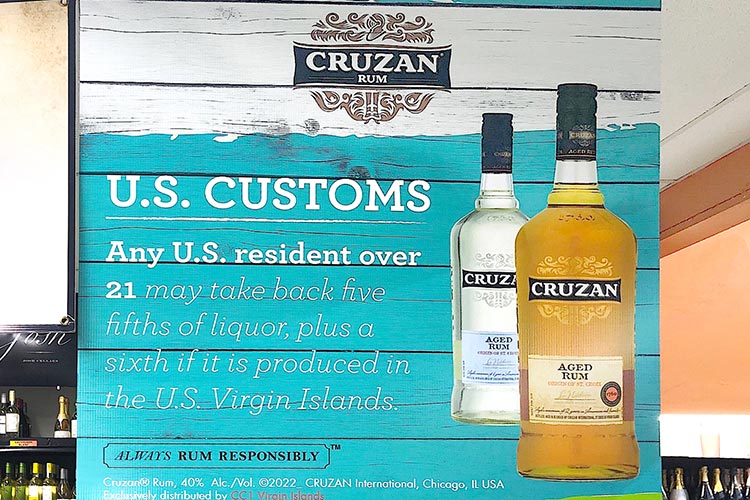 Coco Bits | Food and Drink | gifts | Our History | Our Island

Known locally as “The Rum of the Islands,” Cruzan Rum is rooted deep in the heart of St. Croix — the largest of the U.S. Virgin Islands.

Since the early 17th century, islanders have been adept at making optimal use of natural resources. A perfect example is the refining of sugar cane to produce rum.  At one time, more than 150 plantations on St. Croix were producing molasses and rum.

Today, the tradition of making rum on St. Croix is carried on by the Nelthropp family at Estate Diamond. Their brand, Cruzan Rum, has been voted one of the best in the world.

Founded in 1760, it claims the distinction of being “the most honored rum distillery in the world.” For eight generations, and through various changes in corporate ownership, it has been managed by the Nelthropp family. In fact, to this day, the Nelthropp family is an integral part of the legendary product’s ongoing success.

Once the rums are aged at the Cruzan distillery, they are then loaded into tankers and shipped stateside to begin the packaging and distribution process.

Estate Diamond Rum, named after the estate in which the distillery resides, is aged 5 to 12 years. Cruzan Single Barrel aged rums are ideal for those who appreciate sipping a good rum.

Above: The pride of the Virgin Islands, Cruzan Rum is prominently featured in bars, restaurants, retail shops and grocery stores throughout the territory.

Top of Page: A sign reminds U.S. travelers they may take home a sixth bottle of liquor, duty-free, if it’s produced in the territory —and Cruzan Rum qualifies as the easy choice.

Keeping up with the latest trends, many flavored rums are now available from Cruzan including mango, key lime, pineapple, coconut, banana, orange, spiced, and blackstrap molasses.

Are you looking for a classic
rum drink recipe?

The Cruzan Hurricane is made from equal parts of light and dark rum, lime juice, and half part grenadine — garnished with a slice of orange. Cheers!

A BIT ABOUT SAHARA DUST

Particularly in the summer months, the trade winds transport nitrate-and-phosphate-rich Saharan dust to Latin America and all through the Caribbean — including St. Thomas, St. John, and St. Croix. On occasion, Sahara dust is present in Caribbean sunsets and can also create a haze that resembles distant fog. When dust from the Sahara travels over land, rainfall is suppressed and the sky changes from a blue to white hue. That causes a noticeable increase in dramatically red sunsets. This phenomenon is called the Saharan Air Layer, more commonly known in the islands as Sahara dust.