A bit of history – The resort — first and only hotel to open on the lush, residential north side of St. Thomas — has been operating under the direction of Michael C. (Mike) Shelby since 1982. Today, he is the only island hotelier from that era still presiding over the same property.

When he and Mercedes Shelby married in 1992, her creative influences and love for island life served to further enhance the appeal of this boutique hotel. In 2015, the couple seamlessly transitioned Magens Point Resort to Flamboyan on the Bay Resort and Villas. Along with general manager Lori Baskin — and a deeply dedicated staff  — the Shelbys continue to maintain and upgrade the property in an ongoing quest to delight every guest. 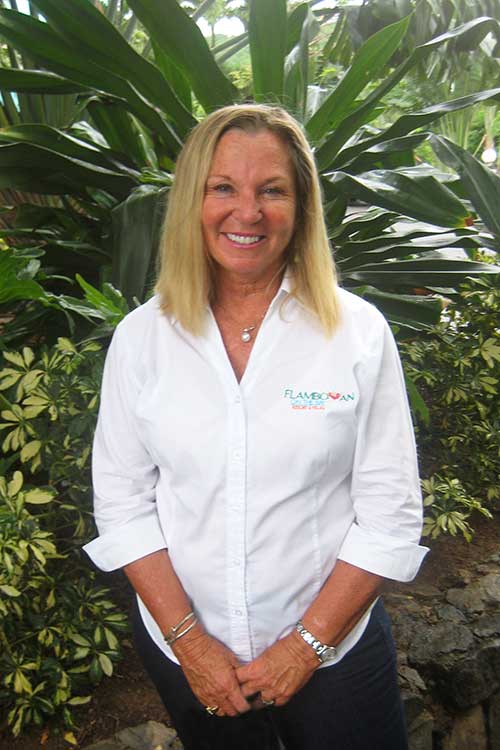 A Virginia native with deep roots in North Carolina’s Outer Banks, Lori has been immersed in the hospitality industry throughout her adult life. Influenced, in part, by grandparents who once ran a popular Florida vacation spot, Lori joined the staff at a local Holiday Inn. While sharpening her professional skills within that corporate setting, she found herself fascinated by brochures showcasing the hotel chain’s tropical properties on St. Thomas.... (READ MORE)

In 1986, fate paved the way for Lori to live and work in the Virgin Islands — until 1989. That was the year a chance to relocate to Hawaii presented itself. Years later, career opportunities once again steered her back to St. Thomas.

A decade ago, Lori accepted a position as our resort’s front office manager. Literally within days — in recognition of her leadership skills and expertise —she was elevated to her current post.

Clearly, staff and management at Flamboyan On the Bay think highly of “Miss Lori.” In December of 2016, employees took the initiative to surprise her with a special celebration. At the event, she was presented with a custom designed ‘award of appreciation’ plaque.

In September 2017, Hurricanes Irma and Maria caused extensive damage to the property. For the next two years, Lori’s vision, ingenuity, and hands-on management style served as invaluable assets during the massive undertaking to restore and revitalize the resort.

In her personal life, Lori is the mother of three grown children. Last year she welcomed her sixth grandchild, Cruz to the family.

Originally from upstate New York, in 1997 the promise of year ’round warmth and sunshine lured Tracy to the tropics. Her Caribbean life began with a one-way plane ticket — and connection to a friend with a St. Thomas timeshare. Tracy reminisced that before leaving the mainland, she handed her leather jacket to her dad and said, “I won’t be needing this anymore.”.... (READ MORE)

While in school, Tracy had focused on studying travel and tourism. However, she also possesses a natural aptitude for accounting. “I’ve always loved working with numbers,” she said.

Education and expertise aside — and not untypical for any island newcomer —Tracy’s first jobs were tending bar at popular gathering spots including the iconic Duffy’s Love Shack.

She later transitioned to administrative work at several businesses including five years with a major auto dealership where she handled everything from warranties to loan applications.

For the last seven years, Tracy has been a valued member of our staff. She also is the mother of two school-age children. 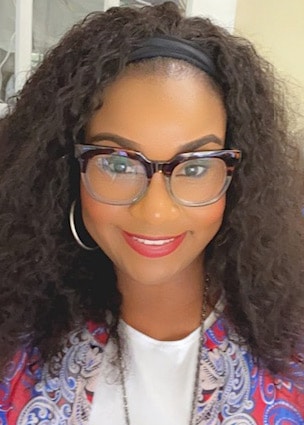 Born and raised on St. Thomas, Carla Gifft became part of the Flamboyan “family” in 2014 — bringing with her 25-years of solid experience in customer service.... (READ MORE)

Prior to that time, she had worked for several of the island’s most legendary retail shops including Sparky’s and C&M Caron.

Both her mother and grandmother hail from Puerto Rico. As a result, Carla is fully bilingual — always a ‘plus’ in the hospitality industry. Add to that her in-depth knowledge of the Caribbean and ever-positive attitude; you’ll understand why her departure to the Mainland — after the devastating 2017 hurricane season — was a major blow to the resort.

Happily, last summer, Flamboyan was delighted to celebrate Carla’s return “home” as a valued member of our Guest Services team.

Early in April, she received a well-deserved promotion to Front Office Manager.

In her personal life, Carla is the proud mother of three children — and admittedly spoils her precious toy poodle, Pierre.

Just recently, a guest commented, “Carla is the sunshine of this property” — and we wholeheartedly agree.

Highly skilled in customer relations, Viola brings to the table a wealth of hands-on administrative knowledge and experience. She studied business communications at Axia College, a division of the University of Phoenix.

For ten years prior to joining our resort family, Viola did administrative work for the sales team at Wyndham Worldwide, one of the largest global hospitality companies.

Adept at dealing with legal contacts and related issues, Viola shared that she enjoys working behind the scenes and making things “tick.”

In her personal life, she is the single mother of a 17-year-old son who is currently attending Sts. Peter and Paul High School. 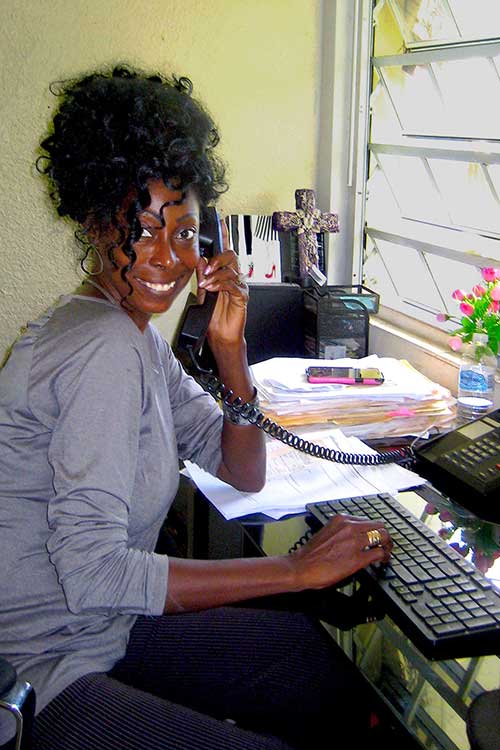 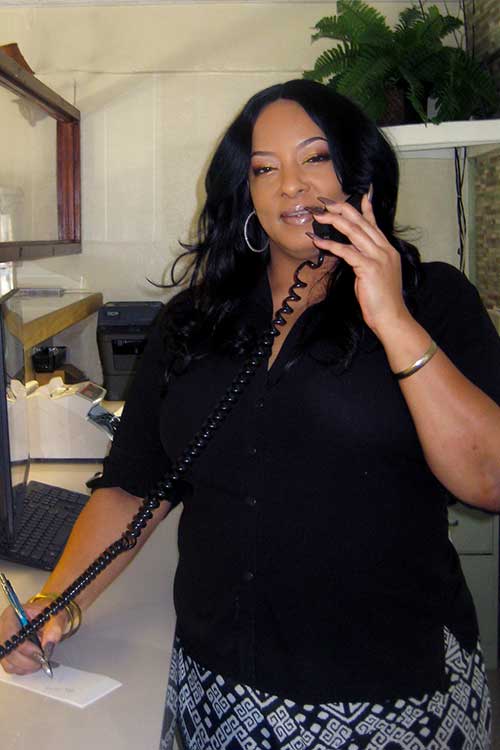 Born and raised in the Virgin Islands, Wanda was just 18-years-old when, as a young entrepreneur, she established a successful nail salon in the Smith Bay area. “I always loved beauty and fashion,” she said, adding, “My mother encouraged me to look my best whenever I left the house.”... (READ MORE)

While successfully following her mother’s guideline to this day, Wanda’s professional focus turned to the hospitality industry.

Prior to joining our staff in 2009, Wanda worked for nearly a decade at the Ritz-Carlton on the East End of St. Thomas.

“I really enjoy making guests feel welcome,” said Wanda, further sharing that she much prefers to work the night shift — and that is exactly when you will find her in our reception area.

Wanda is the proud mother of four adult children and grandmother of two youngsters.

On staff for the last four years, Patty is from Tarboro, N.C. She first visited the Virgin Islands on a Caribbean cruise in 2000, returning again for a visit in 2007. As the owner of multiple RCI timeshares, she was able to travel much of the world, indulging in her passion for studying architecture... (READ MORE)

Her colorful adventures took place in between business and family obligations ranging from raising two and caring for an elderly uncle to operating a bed and breakfast from 1989 to 1999. During four of those ten years, she simultaneously ran a restaurant located six-blocks from the guest house.

“I also ran horse farm with Clydesdales,” Patty said with a thoughtful smile, adding, “I was so busy I passed myself coming and going.”

Since settling in the islands, she’s commented numerous times, “ I don’t have a single regret — and I’ve never been happier.” An avid reader, she is always happy to help guests select books from the free lending library in our lobby.

Her son, Brian, is proprietor of RooT 42 Restaurant. 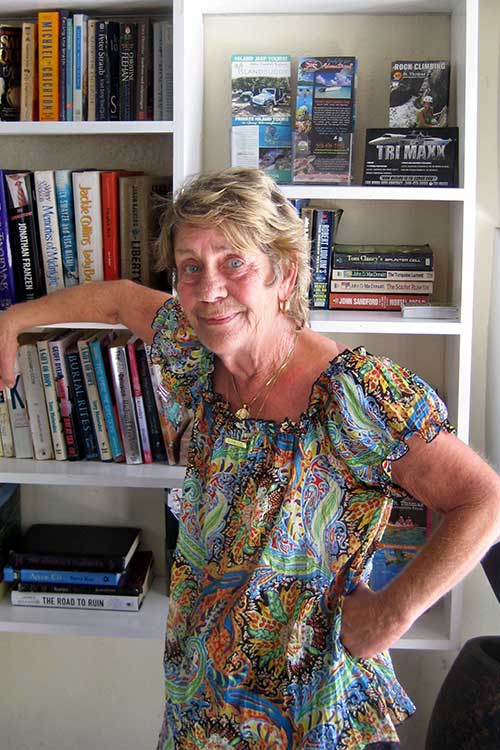 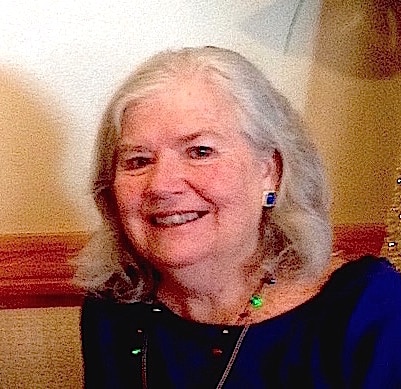 Newest member of the Flamboyan team, Teddi Davis, is a seasoned freelance writer and author of the novel “Back to the Ship.” Before relocating to St. Thomas in 1978, she was Director of Advertising and Sales Promotion for Spencer Gifts retail stores... (READ MORE)

For nearly two decades, Teddi’s familiar byline was known to readers of The Virgin Islands Daily News and its special magazine sections including “Best of the V. I.“ and “Women Today.” Prior to that, she served as editor for several travel publications including St. Thomas St. John This Week, Vacation St. Thomas & St. John, and Vacation St. Croix.

Teddi’s desk is located in the Coconut Post Office next to Reception. Stop by to ask about places to go and things to do on St. Thomas; pick up island brochures and publications, too. The office also is home to the resort’s lending library.