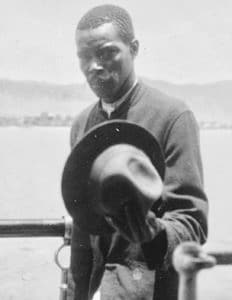 Charlotte Amalie | Our Community | Our History | Our Island

Born of humble means on St. Thomas in 1891 when the island was part of the Danish West Indies, Rothschild “Polly” Francis served his community as a formidable councilman, civil rights activist. and labor leader.

Initially an influential figure during the post-emancipation period — a volatile era of political unrest in the territory — Francis then championed countless causes for residents as the island transitioned from Danish to U.S. rule beginning in 1917 when the U.S. Navy wielded extraordinary political power in the territory.

Rothschild dedicated his life’s work to fight for economic independence, acting as a public defender for the civil rights of his fellow citizens.

Through his publication, The Emancipator, he openly denounced injustices on Virgin Islanders by those in power. Publishing his own newspaper allowed him a platform to share his political views. “We want no form of government which is half civil and half Naval,” he wrote. “We want a purely civil form of American insular government.”

Francis made a significant contribution to the fight for Virgin Islands’ residents to live under the Organic Act enacted by the U.S. Congress in 1936. It established a congressional government, providing for two municipal councils — one for St. Thomas and St. John; the other for St. Croix, and a council for the whole territory.

The Revised Organic Act of 1954 declared the Virgin Islands to be an unincorporated territory, and completely reorganized its government, abolishing the two existing municipalities with their separate municipal councils and joint legislative assembly, and creating a single territorial government.

In 1987, Leon A. Mawson published his first book, “Persecuted and Prosecuted” about the life of Francis. Mawson had worked as a court stenographer on St. Thomas during the 1930s, giving him a unique opportunity to witness the prejudices and injustices directed at Francis in the courtroom.

The book includes court case transcripts and editorials from The Emancipator during the 1920s as well as notes from committee hearings for the bill to provide a Civil Government for the U.S. Virgin Islands.

Above: A bronze statue of Rothschild Francis is permanently displayed in Educators Park, directly across from the post office in downtown Charlotte Amalie.

Top of the page: This classic black and white photograph of  Virgin Islands’ activist and newspaper publisher, Rothschild Francis, was taken during the 1920s.

It also references a time when some of the very people Rothschild served and fought to represent, collaborated with his enemies and sent him to jail.

When the Judge responsible for Francis’ prison sentence was dismissed from his post after a heated argument with the Governor, Mawson recalled a phrase Francis uttered the day he was released.  “The Mills of the Gods grind slowly, but they grind exceedingly fine.”

Named in his honor, Rothschild Francis Square — better known as Market Square — has long been a center of activity on the island. Additionally, a bronze statue honoring Rothschild Frances is permanently displayed on the grounds of Educators Park, directly across from the post office in downtown Charlotte Amalie.